Up fairly early again to pack and head back to Melbourne for the flight to Hobart. We parked at an off sight lot next to the “World’s Largest Lolly Store”. We had tons of time at the airport and got sandwiches to take for lunch and coffee before the flight. In Hobart Phil’s bag got singled out once again (and I have not been searched once so far this trip!!!) because the search dogs smelled our sandwiches in his pack.

We got the rental car after some time and headed off despite some wrong directions to the penal colony at Port Arthur. It was a lovely ride, and we left the men off while Joy and I headed to a little nearby town for groceries. The stores were quite lacking and especially so the local liquor store, depressing in 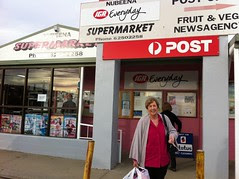 We stopped at a little state park, Stewart Bay Nature Reserve, to look for a geocache. We walked quite a ways to find a cache – I did the last rocky part alone, and was successful. 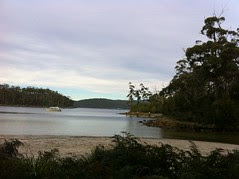 We were nearly a half hour late picking up Phil and Barrie, but no problem since we were able to get back to the good roads to Hobart before pitch dark. 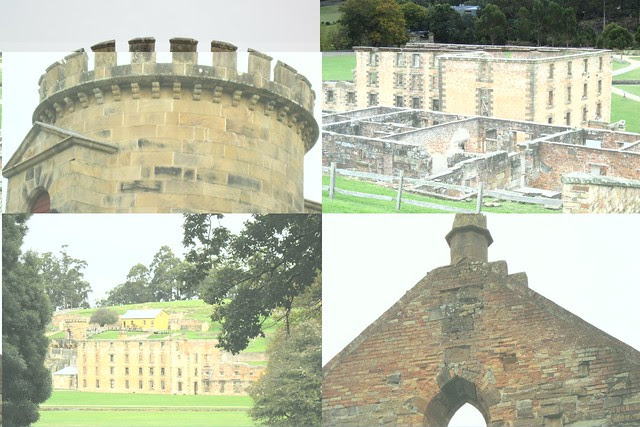 When we got to the hotel, The St. Ives, Michael Sims had left his business card. I texted him and Joy cooked supper – a chicken salad that was gorgeous and delicious. 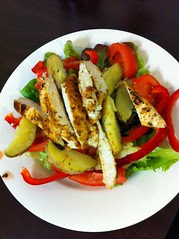 Michael came just as the Royal Wedding between the prince and Kate Middleton had started so we ended up sitting in Barrie and Joy’s room and chatting all evening with the festivities in the background. We learned lots about Michael’s family and his experiences both in and beyond Peekskill. 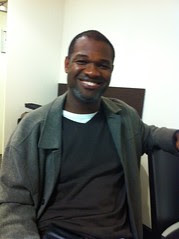