Phil and I went on an early bike ride to Taino Beach.  We found a geocache and took a nature walk. 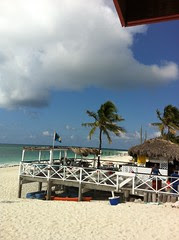 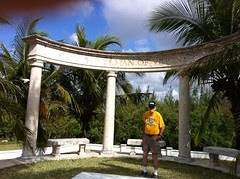 The kitchen refrigerator stopped working in the morning, which we discovered when we heard a beeping noise.  The repairman came and it was dead so we plugged in the extra refrigerator in the garage.  Made it quite inconvenient but at least there was one!  Chloe went to the beach club with Jessica and Danielle.  We picked them all up later. 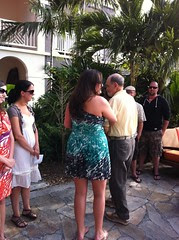 Practice run
The big event of the day was the rehearsal dinner hosted by Luis’s family at our rental villa.  Joseph, the caterer did a great job. The villa worked great for the party – lots of places to set up and for folks to eat. 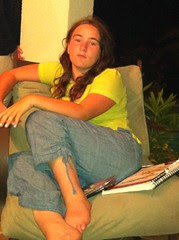 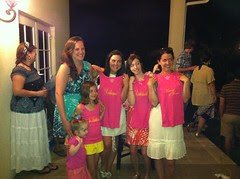 Gwyneth took lots of good pictures of the party.

See all my pictures of today.
Posted by Barbara Boucher Owens at 11:00 PM