Chloe and I began the day going to a bakery, and a park. 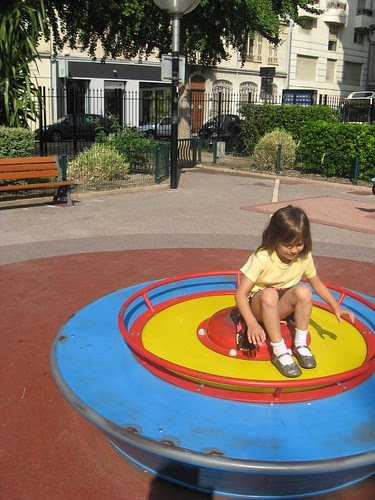 When everyone was up and dressed we walked the few blocks to the bus station and took a local bus to Monaco. The bus (only 1 euro each) was very crowded and Gwyneth's knee really hurt -- not a good plan when she had to stand. 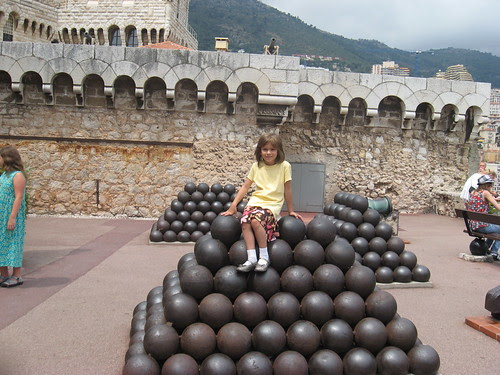 Crankiness prevailed so G and I took the girls to a little playground near the Grimaldi Palace while Suze scouted out the tour train ticket possibilities. The walk to the train was lovely -- it went through the cliff side botanical gardens. Suze, the little girls and I took a quick side trip into the cathedral where Grace Kelly married Prince Rainier and where they are both buried. 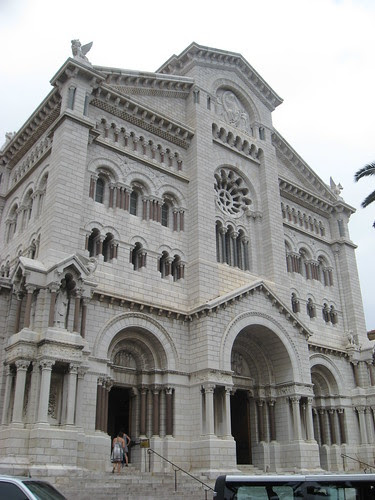 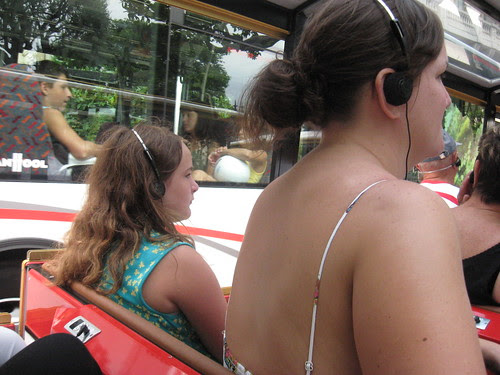 Trolley Tour
The trolley tour was pretty good -- you could choose among about 10 languages to listen to the commentary.

After the tour we found a little Italian restaurant and ate inside. It was very humid out, and cloudy so the AC was welcome. I had a mixed platter of appetizers, the little girls shared pasta Alfredo, G had basil pasta and Suze had a white pizza. Camille had a very fancy ice cream dessert. A nice bottle of wine and 130 euros later we took another bus back along the coast. The first bus was full and the next almost so, but everyone got to sit for most of the ride.

Suze and I took Chloe to the grocery. Snacks were the evening meal. Later Suze and I took the girls to the beach. All but Camille had ice cream (she got licks of ours). After a short while on the beach, Camille and I returned to the apartment and Suze and Chloe spent a long time on the beach watching fireworks and in line skaters and then the crowds in Place Massena. See all photos
Posted by Barbara Boucher Owens at 11:36 PM