We had to pack and breakfast to go to the Diaz museum by 8:30. I used the internet and found a geocache and saw that Chloe had a fever.

We were joined by our guide who had taken Uli to the plane in George. We first looked with no avail fof the cache under the "post office tree" -- an old milk wood tree where sailor's left notes in boots to message messages. The museum held a replica of the ship that Bartholomeu Diaz sailed from Portugal around the Cape. The replica sailed from Portugal to Mossel Bay in 1988. 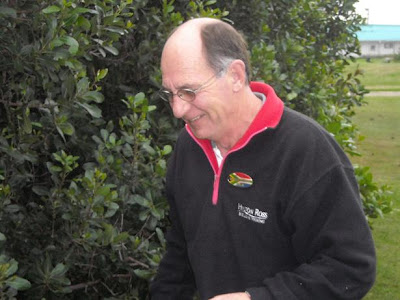 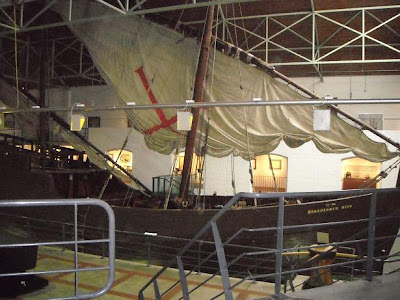 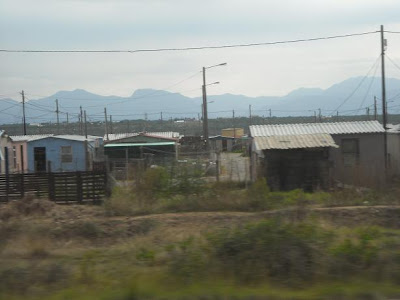 Settlement aka Township aka Informal Housing along the road

I went back to the hotel and found better info on the cache and we looked again and finally found it! Hooray!

Today was mostly a driving day -- we stopped for lunch in Swellendon, a town with lots of quaint Cape Dutch houses with thatched roofs. I had really good fish and chips and Phil had chicken pot pie. 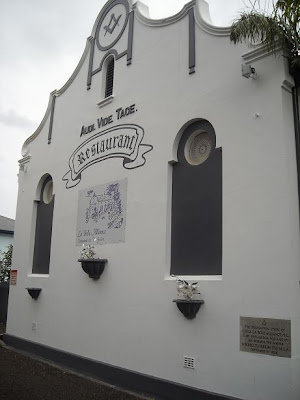 The ranger called to say they found Phil's camera and I called Judith. They are mailing it to her in Pretoria and we should have it!

It rained on and off all the way back to Cape Town and rained hard when we drive along the coast. We had a two hour wait at the airport for our plane.

The plane was an hour late taking off and then made an aborted landing in Joburg because another plane had stalled on the runway! Got to our semi scary motel after being "taken for a ride" by a gypsy cab even though we got it at the official taxi stand.
Posted by Barbara Boucher Owens at 2:07 PM