After a nice breakfast we went directly to Cango Caves where we took a tour. The first chamber was huge, and had been used from the 1960’s to the 1980’s as a concert venue, but concert goers had broken off stalactites as souvenirs so no more concerts. The cave however, was quite nice. 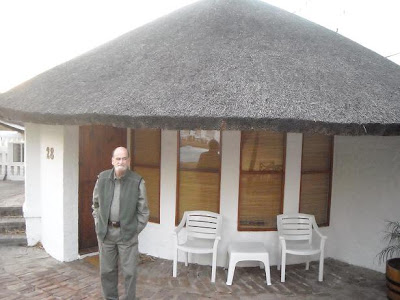 Our room at the Protea Hotel 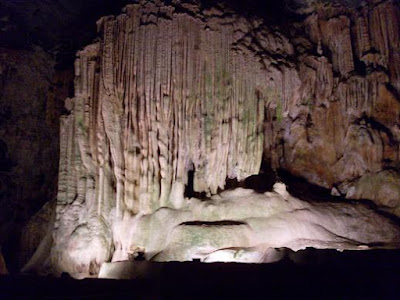 Then off to the Highgate Ostrich Farm, both a farm for tourists and the second oldest working ostrich farm in South Africa. We got to “ride” an ostrich, watch them being ridden and raced, saw how their feathers were used and how chicks were hatched and raised. Then we ate ostrich for lunch! We were also serenaded buy the staff.

Phil and Barb on Ostrich

We had about a two hour ride through a valley and then through the mountains down to the town of George, where we followed estuarial lakes to the Indian Ocean coastal town of Knysna where we will spend the night. 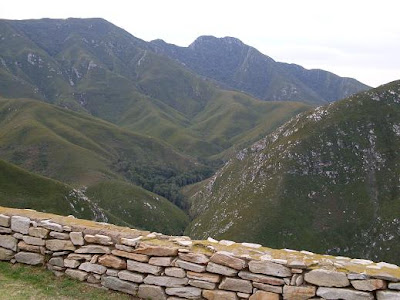 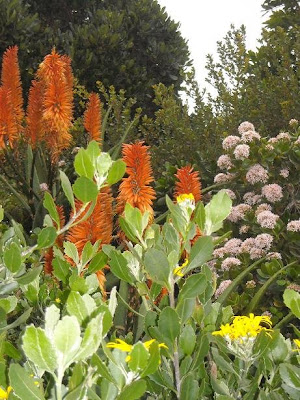 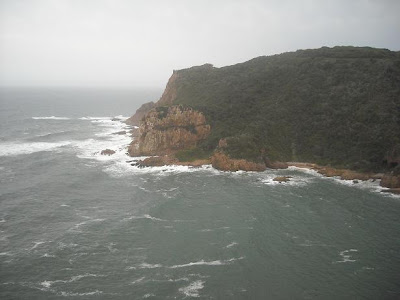 View of Featherbed Nature Reserve, a World Heritage Site in Knysta
Posted by Barbara Boucher Owens at 9:31 AM