Barb's Trip to India Part 1 Getting There 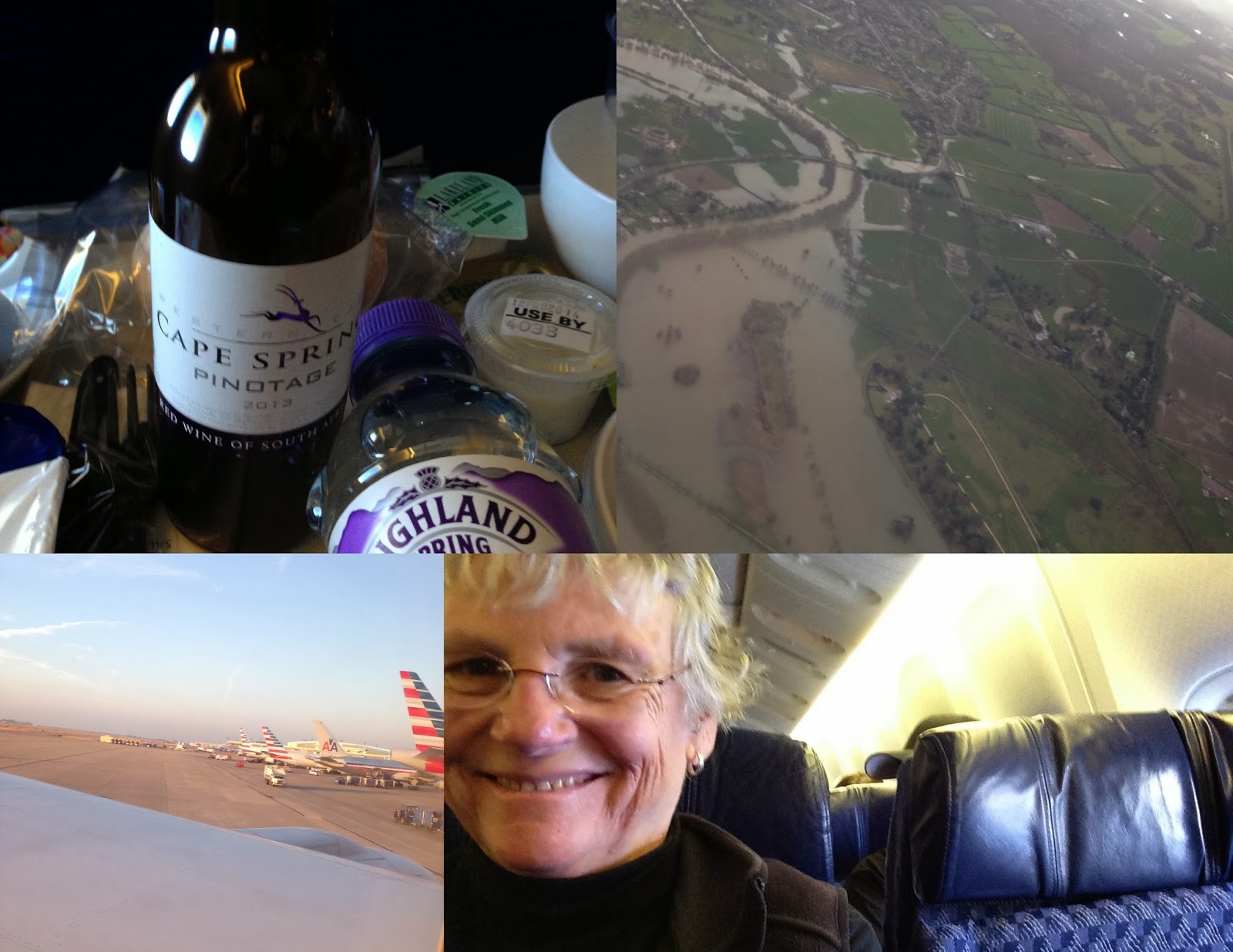 Saturday February 8 G’town - London
I continued to pack.  It was a beautiful day, so Phil and I walked the neighborhood. We mailed the Valentine’s cards to the girls and Suze. Phil drove me to the airport. I bought a Schlotsky’s sandwich and had a coke at the Admiral’s Club  and hung out until time for the plane.  Then I discovered I hadn’t transferred my iPhone cord to my backpack.  Right across from ny gate was a BestBuy vending machine that had exactly what I needed and only $14.99.   On to DFW and its Admiral’s club. My plane was a bit late but OK.  I had a seatmate when we loaded but the plane wasn’t full, so he moved and I had a two-seater to myself.  I slept well.

Sunday February 9 London – Delhi (Gurgaon) India
Arrived in Heathrow and went through one security so I could hang out at the Admiral’s Club before changing terminals for the British Airways flight.  The second security was awful. They didn’t like my set of charger and I had to unpack my whole backpack. I decided to brave security twice
Curled up and slept after lasagna and free wine (a South African pinotage.
Posted by Barbara Boucher Owens at 10:20 AM