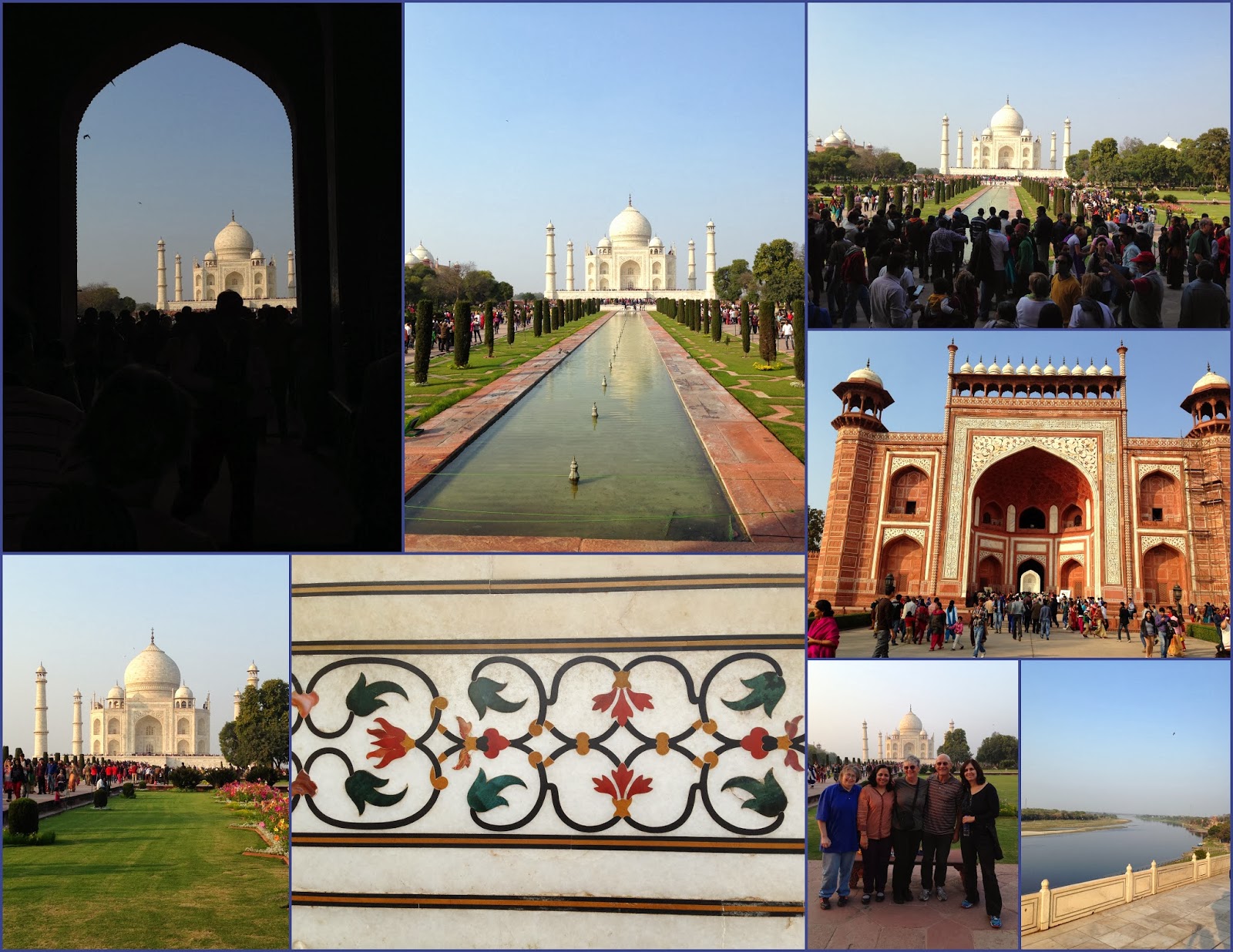 Sunday February 16 Gurgaon – Agra-Gurgaon
We left Amardeep’s at 7:30 and got to the hotel shortly after 8 to pick up Dave Patterson and were on our way to Agra.  The fog was really dense and travel on the superhighway was down to a crawl because of it.  We eventually stopped at the rest area for tea.  It was really crowded and the rest room was gross but there was a nice attendant.  And the tea was good!  On the road we stopped several times to look at birds – we saw Sarus cranes and even a family of three.  We also saw a blue cow (Nilgai antelope) family.  We also saw lots of kilns in fields for making bricks.  Once at Agra Fort Amardeep engaged a guide.  Inside the fort we met up with Shafi Goldwasser and Radia Perlman and their guide.  The builder of the Taj Mahal was imprisoned by his son at the Fort and spent his time in a room facing the Taj Mahal.  We took the extra tour to the glass palace or Shish Mahal where the ceiling and walls were covered with tiny mirrors.

Then we headed to the Taj Mahal through crowded streets, stopping at a small hotel for a bathroom break.  When we got to parking it was quite some distance from the Taj Mahal and we took a camel cart ride to the entrance.  Amardeep had her throat lozenges confiscated! The entrance to the Taj was impressive but the first view of the Taj Mahal was more than I expected.  The building and grounds were unbelievably beautiful.  We tried to stay for sunset but got too cold.  We headed back to a fancy hotel (ITC Mughal) for dinner but we were too early for the tandoori ovens and had a rocky start to what turned out to be a nice meal in the coffee shop with local wine (Sula Vineyards Cabernet-Shiraz).

We headed back and took Dave to the Grand and we got back to Gurgaon at shortly after midnight.
Posted by Barbara Boucher Owens at 10:55 AM