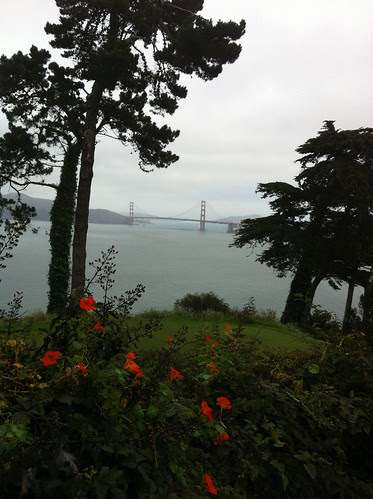 Phil and I woke early, ate breakfast and I worked on my pictures and diary. We found a cache near their house that was in Lincoln Park Playground (built over a cemetery that had been moved). Then we walked to a really cool hardware store narrow jammed full including a (long 4 aisle) basement, where we bought an ironing board cover to replace the ancient one on the built-in board in the kitchen.

Suze led us on a walk up Camino Del Mar to the Legion of Honor Museum where we walked around the grounds and found a geocache. We then took the coastal trail out to Point Lobos. We ate lunch at Louis overlooking Seal Rock and the Sutro Baths. Great view but expensive $60 for grilled cheese, soup and a veggie burger plus a patty melt take out for Luis. 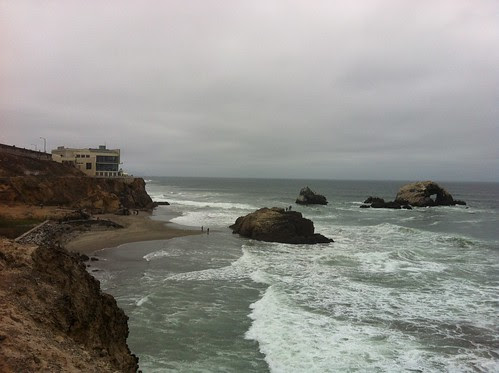 Back at the apt. we got ready for the game and rode the bus and then Bart to Oakland. The seats were great and the Red Sox were awful! An older woman got hit in the back of the head with a foul bowl that ricocheted. 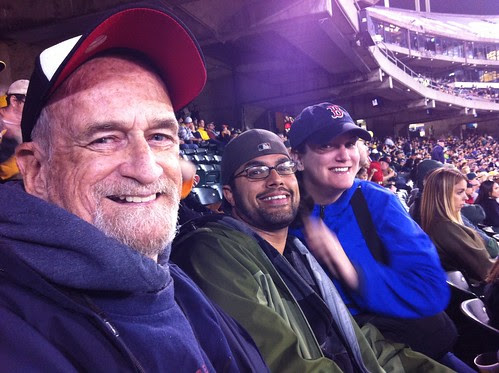 We were exhausted after the long trip back but pigged out on leftovers and watched the first episode of Scarecrow and Mrs. King. I managed to break one of their wedding china bowls and so I ordered an additional place setting.

See all the pics on Flickr
Posted by Barbara Boucher Owens at 11:43 PM