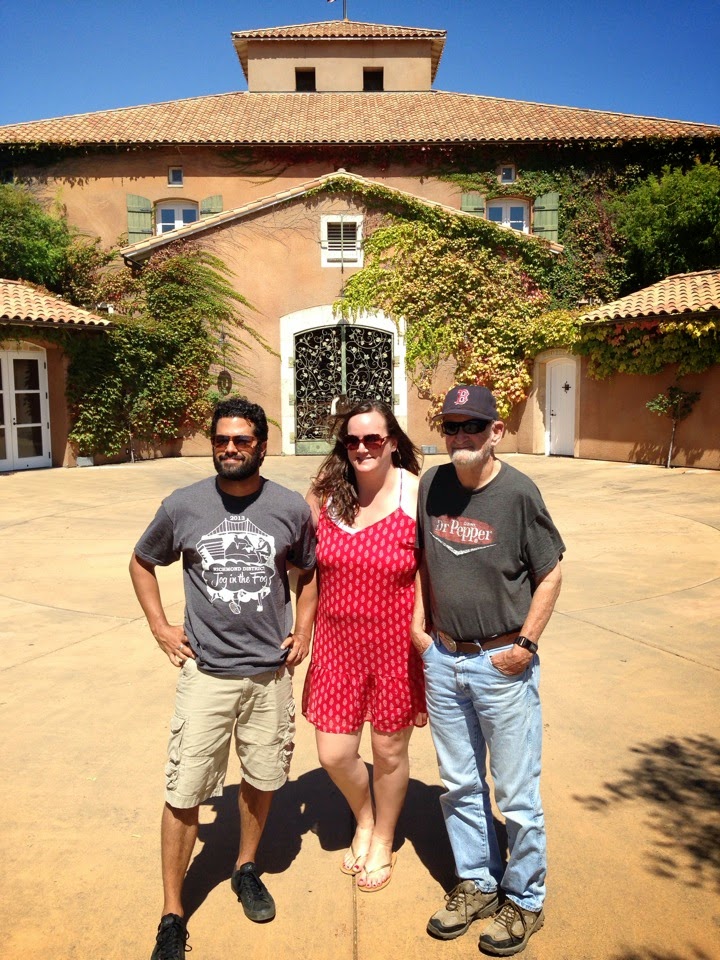 Suze and Luis headed off to work.  I went to CVS for tape for my foot, shampoo and carry on bottle.  As I was leaving Phil called down that Sadie had thrown up in three places.  After I got back, I started a load of wash.  Then we headed off to Golden Gate Park to find some geocaches and get some exercise.  We went up the hill by the high school and Phil did great.  We found both caches that we looked for – one by the polo field and one by the bison.  Back at Suze’s, I showered and Phil got the clothes from the dryer. I packed everything but electronics and made lunch from leftovers – hot dogs for Phil and chicken for me.  Just as we began to eat the Super Shuttle guy came 20 minutes early.  We scrambled to pack everything and then took our sandwiches on the van.  The route this time was sort of the way we came back from Lowes.  BUT when we got to the airport I had transposed the times.  Our plane left at 2:35 not 3:25.  We had plenty of time plus the plane was late. Turns out that there was only one operational runway at SFO so all planes were late.