June 26 Pretoria -- in air toward London

Up very early to walk to the University of Pretoria where Judith hosted a breakfast for faculty from 3 universities. I panicked when I saw the scope of this "informal" gathering and put together a quick Power Point. I think the presentation went well. I was stunned to learn that UNISA has 260,000 students! 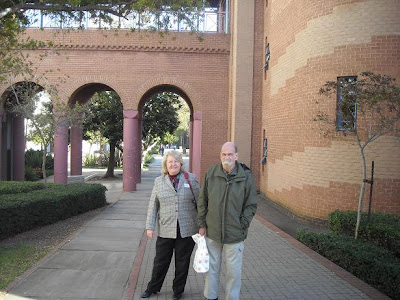 Judith and Phil at University of Pretoria 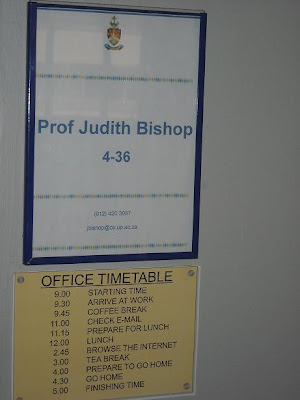 Then a colleague of Judith's, Katherine Malan, took us to the Voortrekker's Monument and past the union building. 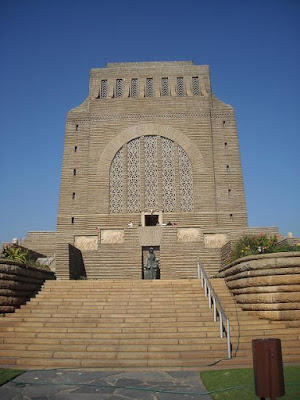 Later Judith had a young man, Ezra, from her department take us all to downtown Pretoria and see the old buildings there.

A smoky cab ride (because of the fires along the highway) to the airport and we were off. I got quite ill on the flight; I thought I was going to pass out. It was very hot and crowded in the plane and we had missed lunch. The flight attendants let us sit in the galley until I recovered. I slept most of the 11 hour flight to Heathrow.
Posted by Barbara Boucher Owens at 10:12 PM